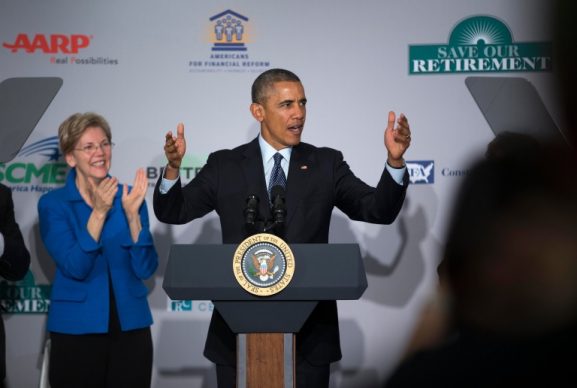 President Obama publicly endorsed the U.S. Labor Department’s recommendations for stricter 401k and IRA broker standards on Monday, and, although the specifics are not expected to be released for months, many commission-based brokers are already speculating on how their bank accounts could be affected.

401k rollovers and IRA transfers are often the single biggest investment decision U.S. workers make. According to research firm Cerulli Associates, about $353 billion was rolled over from employer-sponsored plans into IRAs in 2013 alone. That figure is expected to increase to $546 billion by 2019. Some 40 million American families have over $7 trillion saved in IRAs, and more than 75 million American families own either an employer-sponsored plan, a self-directed IRA, or both.

The Labor Department’s proposal, meant to force commission-based brokers to put clients’ interests ahead of their own, aims to ensure that brokers who provide 401k rollover and IRA transfer services act in the best interest of their clients when recommending investments. Current laws dictate that brokers’ recommendations must be “suitable” but are not required to meet a “fiduciary standard” – meaning a broker can advise a client to invest in something that is legal but does not necessarily have a good track record of being profitable.

Speaking at an American Association of Retired Persons-hosted (AARP) event, President Obama explained his stance on the new proposals. “There are no uniform rules of the road that require retirement advisers to act in the best interest of their clients. That leaves openings for advisers who make a profit by taking advantage, bilking hard-working Americans out of their retirement money,” he said. “It’s a very simple principle. You want to give financial advice, you’ve got to put your client’s interests first. You can’t have a conflict of interest.”

The Securities Industry and Financial Markets Association, however, has a different take on the matter. “This proposal would lead to a number of negative consequences for individual investors, including limiting investor choice, limiting investor access to education regarding retirement accounts, and increased costs for saving.”

Other opponents of the new regulations, including various Wall Street groups, have argued that they are already operating under rules that are more strict than ever, due to the changes made during the recession. Additionally, IRA company executives believe that adding even more stringent standards would eliminate the incentive to service accounts with smaller balances.

Dean Harman, managing director of Harman Wealth Management in The Woodlands, Texas, said he does the majority of his work by fiduciary standards but that brokers have no choice but to charge commissions for investors with small amounts of capital. Harman, who is a member of the board of the Financial Services Institute, said that if he and his brokers were forced to eliminate commissions on all transactions, it would be impossible to service clients with less than $50,000 in their accounts. Large accounts are usually serviced based on a fee that is determined by a percentage of the account’s balance, but investors with low balances are often charged a flat commission fee rather than a figure based on their account’s value.

Even though changes to current retirement account investing laws would not be finalized for months, the proposals are already facing opposition from both sides of the political spectrum.

U.S. Senator Jon Tester (D-Mont.) said last week that the Obama-supported proposals could drastically reduce the number of retirement account investment options for small savers. “If this takes away options…it will be a disaster,” said Senator Tester. In light of the current savings crisis the United States is facing, “we ought to be increasing options, not limiting them.” The key, according to Tester, is to find a way to keep commission-based rollover transactions alive without also creating a massive amount of confusing exceptions.

Analysts don’t expect the new rules to completely eliminate commissions, though they believe that commission structures and payouts could be limited to some degree. Wall Street supporters have warned that investors’ choice of investments could become more limited and that some brokers could raise rates to make fulfilling their “fiduciary standard” worth their time.

Professional IRA transfer advisers like Will Wynn believes Maserati-driving retirement account brokers who will say practically anything to bilk the elderly out of their life savings need to be stopped. “But I’m not sure more government regulation is the answer, because, as soon as one law is passed, criminals have figured out 10 ways to get around it,” he says. Wynn’s solution? “Create an unbiased database of retirement account companies that investors can use to their advantage and find what they need without paying an arm and a leg in commissions. That would allow President Obama to focus on a problem that all 319 million Americans want solved – inflation.”

Reports of President Obama’s intention to change the way retirement account brokers provide service to and get paid by their clients are just starting to emerge, and we expect more information on this topic to be revealed over the coming days and weeks. 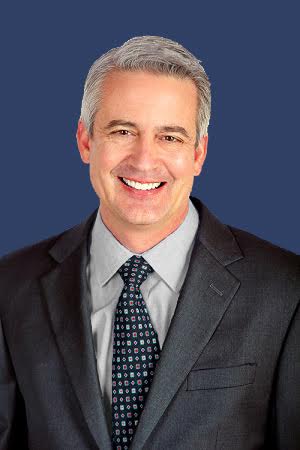 Since 1995, David Michael White has been helping banks, aerospace companies and household investors set up successful strategies in the retirement and pension industries. He is the author of “Top 3 IRA Loopholes” - how to cut your IRA distribution taxes by up to 80%. David’s self-directed IRA strategies aim to retain, grow and shelter investor’s wealth…
Read Full Bio
X